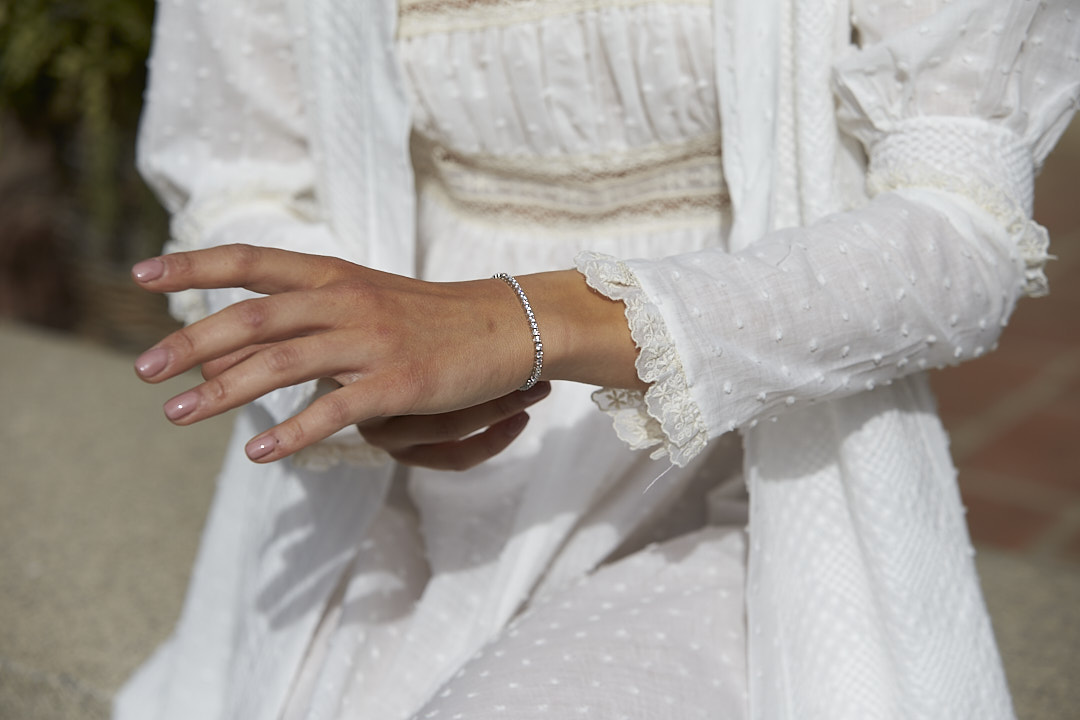 I have been always fascinated by the special sparkle of the good diamonds when they are set in a riviere bracelet. As its name suggest, this particular bracelet design evokes the lights along the French riverside when the night becomes.

It is a bracelet of simple but exquisite design, in which a row of identical diamonds are set one after another, without beginning or end, to symbolize the eternity. This is the reason because, before that engagement ring trend was extended in our country, this jewel was the selected piece as a proposal gift.

At the other side of the ocean is known as “tennis bracelet”, due to an anecdote starring by tennis player Chris Evert who, during the 1987 USA Open championship, stopped mid-match because she had lost her diamonds bracelet. At the press conference that followed the event, the tennis player explained that it was essential for her since, until that moment, she never had lost sight her “tennis bracelet”. In this way, she renaming one of the most emblematic pieces of contemporary jewelry.

After the, another famous tennis players, such as Serena Willliams and Maria Sharapova, contributed to stabblish this legendary bracelet as an amulet piece with which attend to important matches. They demonstrated, wearying it, that this exquisite piece of jewelry can be used as daily basic and to attend to important events. So we can see it every day, at the work meetings or on the best carpets.

I love to combine it with color gemstonesor set them with macrame, giving it a more casual look. 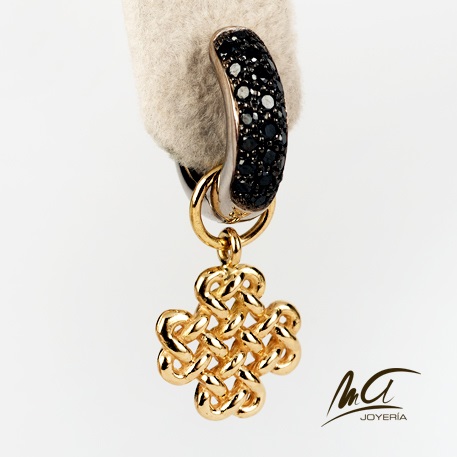 With the Mother’s Day coming and the engagement season beginning, we are looking for a gift that transmits and stregthens that bond of eternal love, so difficult to describe with only words. Therefore I would love to introduce you the meaning of this precious symbol, with Celtic origins, very present too in the ancestral Astur culture. The perennial knot or knot of love is represented in gold in my Talisman collection.

You can find it made just in gold or combined with semiprecious stones of beautiful colors.

And in its more sophisticated version, combined with diamonds that further reinforce that meaning of eternity. A reaffirmation of this bond of eternal love, beyond time and space, impossible to break.

As each piece of this collection, is packaged accompanied by a diptych explaining the meaning of this piece of jewelry, so that whoever receive it can understand everything you wish to convey with this exquisite gift.

A great choice both to seal an engagement of couple as the bond of love between mother and child and even as a symbol of eternal friendship.

You can see all the collection here: https://monicaapariciojoyeria.es/en/categoria-producto/collections/talisman-collection/