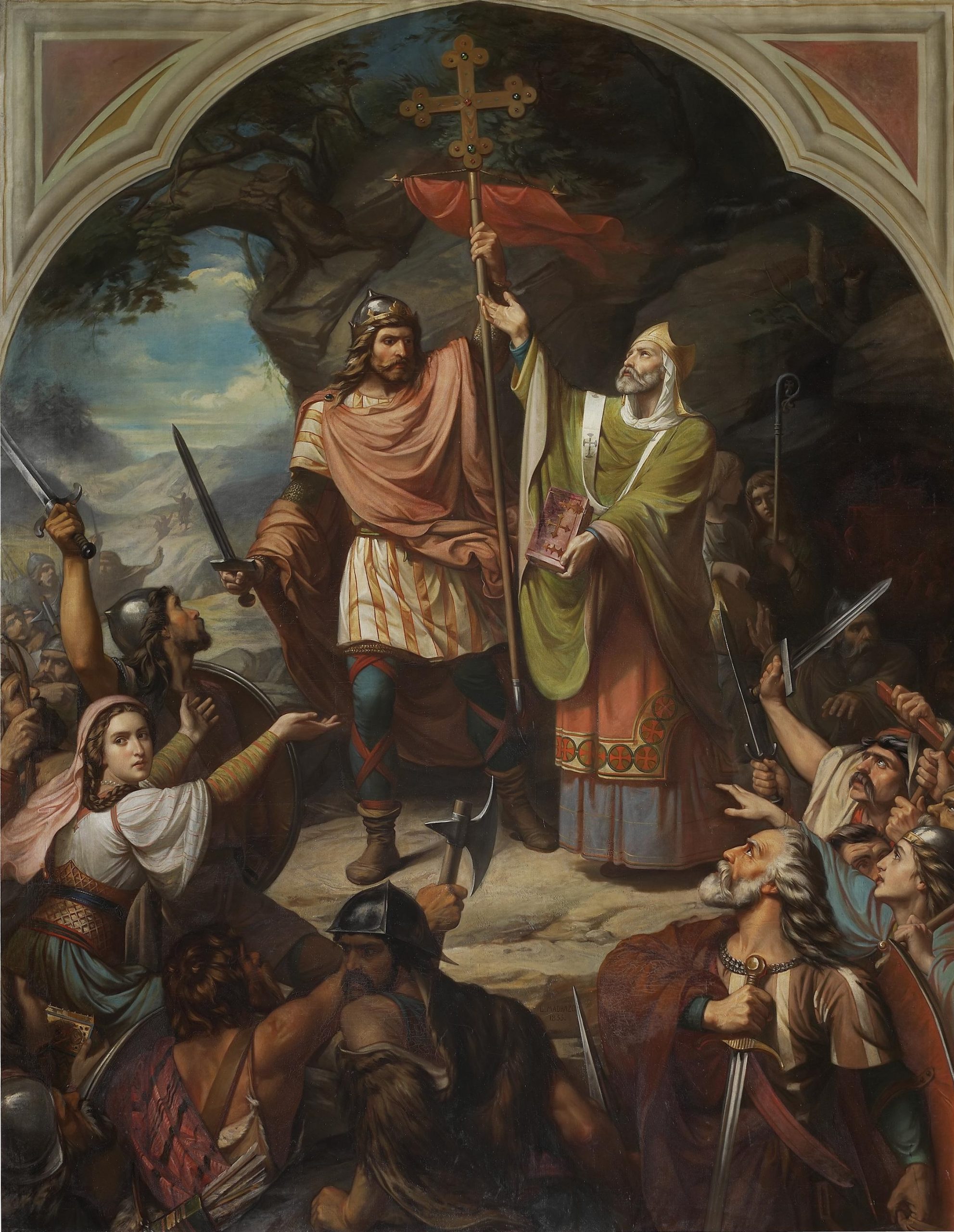 On September 8 th we celebrate the day of Asturias (the day of Nuestra Señora de Covadonga). This year we celebrate as well the 1.300 anniversary of the battle that changed the course of the history of Spain and probably the rest of Europe: in it, a handful of great Asturian warriors, led by Don Pelayo, defeated the sarracens from the mountain that houses the cave where the Virgin appeared to those warriors to give them the strength to protect and defend this land and its noble inhabitants. This was the beginning of the Reconquest of Spain as a nation.

For this reason, many of you are interested in the special Covadonga medaillon with aquamarines that presides over our showcase and ask for more information. Today, I’ll bring it all again:

The medallion was created in 2018 to conmemorate a para triple centenary: that of the canonical coronation of the Virgin of Covadonga, The hundred years of creation of the Covadonga mountain National Park and the 1.300 th birth of the Asturias kingdom.

I wanted to design a jewel full of symbolism, with tha cave made of ancient sterling silver, representing the rock, the water that flows behind the cave is represented by five strips of faceted natural aquamarines and the Virgin of Covadonga in gold standing out with her Ligth inside the cave.

It is a numbered edition and the piece number 1 was donated to the Royal Site of Covadonga, as an offer to the Santina (as the Asturians called lovely to the Virgin of Covadonga).

The year after, as request of mumys and grammys, I created the medal in a smaller size to the girls who make the First Holy Communion. In this case it is not numbered but it can be engraved on the back with name and date and it is made with the Image in 18 karats yellow gold or in sterling silver.

Both medals can be personalized, same with an engraving and with different stones in the cascade or set on the image, like the one I show at the bottom photo that I personalized for the Golden wedding gift that my daddy gave to my mum, also in 2018: in this medal, we added three diamonds at Santina’s feet, symbolizing their three children.

Both, the Centenary medallion and the medal, have already become an icon in our land and cn be purchased in our physical store and in our online store.

Medallion of the Centenary of Covadonga: https://monicaapariciojoyeria.es/en/producto/colgante-plata-medallon-centenario-covadonga/