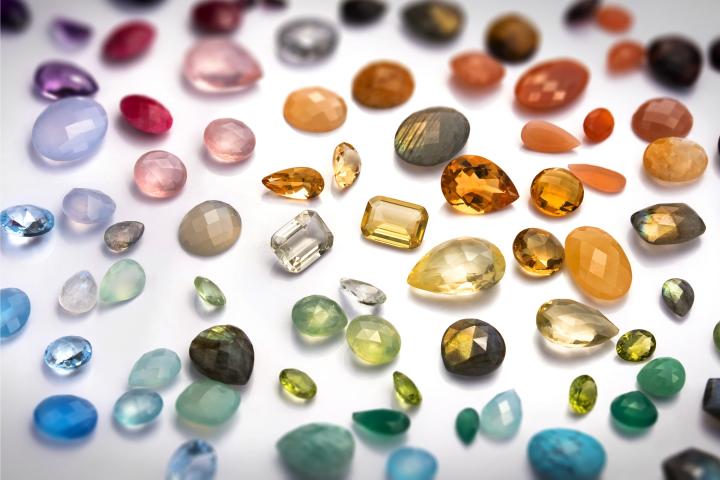 A birthday party in your calendar and you do not know what to give? Christmas has just passed, dates in which the tradition invites to give presents to lovest ones, and you don’t have more ideas… I suggest something that never fails, personal and original: a piece of jewelrywith the birthstone, which can accompany her or him everyday with joy, meaning, beauty and, of course, the ever-present memory of who gives it.

It is an original gift and not very popular, that will thank you for different and valuable because since the earliest times, gemstones have been valuated for their beauty and rarity. Both ancient Indians and Babylonians believed that certain gems carried strange and wonderful cosmological powers. It may have been the Assyrians who first attached meanings to desired gems as early 1400 B.C.

In both Old and New Testaments of the Bible, gemstones are given significant mention: In the Exodus, the high priest is described as wearing a breastplate having 12 gems representing the 12 tribes of Israel. Likewise in the Revelation, at the end of the Bible, St. John describes the 12 colored stones placed in the fundation of the New Jerusalem.

During the first century, Flavius Josephus connected specific gemstones to the signs of the zodiac. At the same time, Astrologers began to associate the 12 signs of the zodiac with 12 different gems. They also studied the specific characteristics of each gemstone that, according to them, could be useful for people born in each month.

Later, Jewish gem traders in Poland and jewelers in Germany may have created the first birthstones listing, which were quickly popularized in poetry.

In 1912 the American National Association of jewelers created a modern list, stablishing the 12 Birthstones and their meanings. This list was updated in 2002, with the addition of the tanzanite.

At Monica Aparicio Jewelry we help you to choose the most appropiate piece of jewelry with the Birthstone or we make a personal and exclusive design with it.