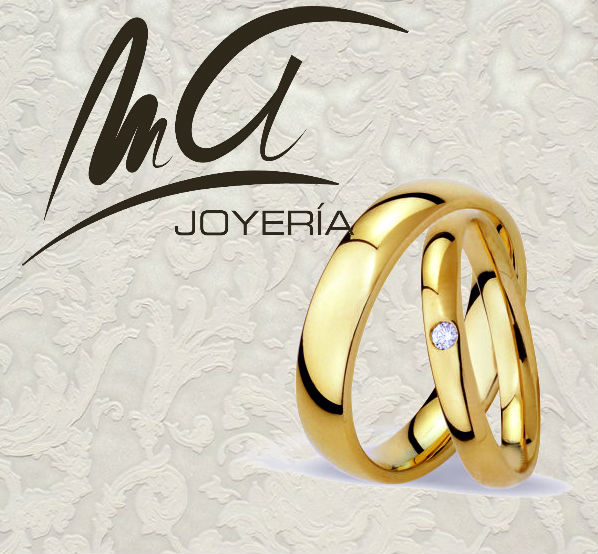 The exchanging of rings during the wedding ceremony is one of the oldest traditions of the world.

In prehistoric times, some European tribes flollow a ritual in which the right hands of the groom and bride were tide together, as the link symbol.

Other version of the origin of the wedding ring states that during the prehistoric times, the groom bind the bride’s ankles and wrists with grass, to keep her soul from escaping. Once the ceremony was completed, he would remove the rope and tie it to one of the fingers. These first rings were made of braided hemp or reeds formed into circle-symbol of eternity. Reeds rings were not very durable and eventually rings were made of bone, leather or ivory came into use. As more expensive materials were used, the value of the ring represented the degree of wealth of the giver.

Ancient Egyptians are said to have been the first to use rings in a wedding ceremony, as early as 3000 B.C. This ring were placed by a man upon the finger of his wife, signifying his confidence in her ability to care his house. Egyptians were buried wearing rings made of a single silver or gold wire on the third finger of the left hand, believed to be connected directly to the heart by vena amoris.

Ancient Rome: The Romans continued the tradition of wedding rings but the ring was often given by the groom to the father of the bride, as symbol of bride purchase. By the second century B.C., according to Pliny the elder, the groom given the bride an expensive gold ring, as an indication he trusted her with his valuable property. But this ring was only worn in public and not used during household work. Instead, a plain betrothal or engagement ring of iron, called Anulus Pronobus, was worn at home and on this iron ring sometimes sported a tiny key shape. These rings signified strength, permanence and control over the giver’s possessions, which could be “locked away” at the wearer’s discretion. Rings could be worn on any finger but also Romans, as the Greeks, wore these wedding rings on the fourth finger of the left hand, for their too believed in the hand-heart connection, and left that the Vena Amoris or Vein of Love, coursed between the ring finger and the heart.

In first century B.C., puzzle rings first appear in Asia, where sultans and sheiks use them to tag each of their wives. This complex piece of jewellery was several rings, that when fitted together correctly formed one cohesive band. Fidelity was the ethos behind the design: it was believed that if a woman took off her ring, she would be unable to reassemble it and her husband would know she’d been unfaithful.

The Visigoths, Germanic tribes who spread out over the region in 7th century, had it written into their laws that when the ceremony of betrothal has been performed and the ring has been given or accepted as a pledge, although nothing may have been committed in writing the promise shall, under no circumstances, be broken.

It was not until 860 A.C., that wedding rings began to be used in Christian marriage ceremonies, unlike the simple band we recognize today early Christian wedding rings were highly decorated with engraved doves, lyres, or two linked hands. Later, the Chuch discouraged such ornamentation as un-Christian and by the 13th century both wedding and betrothal rings were considerably simplified. The next recorded evidence of rings being used as a symbol of everlasting love isn’t until the 13th century, when the bishop of Salisbury declared the bestowing of a ring as a legally binding agreement between a man and his fiancee.

The distinctive Claddagh rings that depict hands holding a crown or heart, date back to Roman times and the design symbolizes friendship, loyalty, oaths, faith and love. These were used as engagement and wedding rings in the Middle Ages and Renaissance Europe.

The rings as they are currently known, were made in Ireland in the 17th century, and are traditionally passed down from mother to daughter.

In Europe, during the Renaissance, the gimmel ring was popular: they are similar to a puzzle ring, its design was meant to signify marriage and unity. Tipically, it was comprise of two interlocking metal bands and upon becoming engaged, the bride and groom to be would each wear one. Then at their wedding, the couple would reconnect their bands and form one ring for the bride to wear.

At the same time, during 15th through 17th centuries, poesy rings became popular for weddings and were often exchanged as lovers gifts. These were gold bands with a short inscription on their surface either in French, Latin or latterly English.

In North America, the Puritans given their betrothals useful thimbles instead of rings, which are derided as frippery. Eventually, however, many thimbles get their tops sliced off and were worn as rings anyway. It wasn’t until the second World War, that men started wearing bands, at Europe and America to remind them their wives back home. It was also a way to show their commitment to their wives, while overseas.